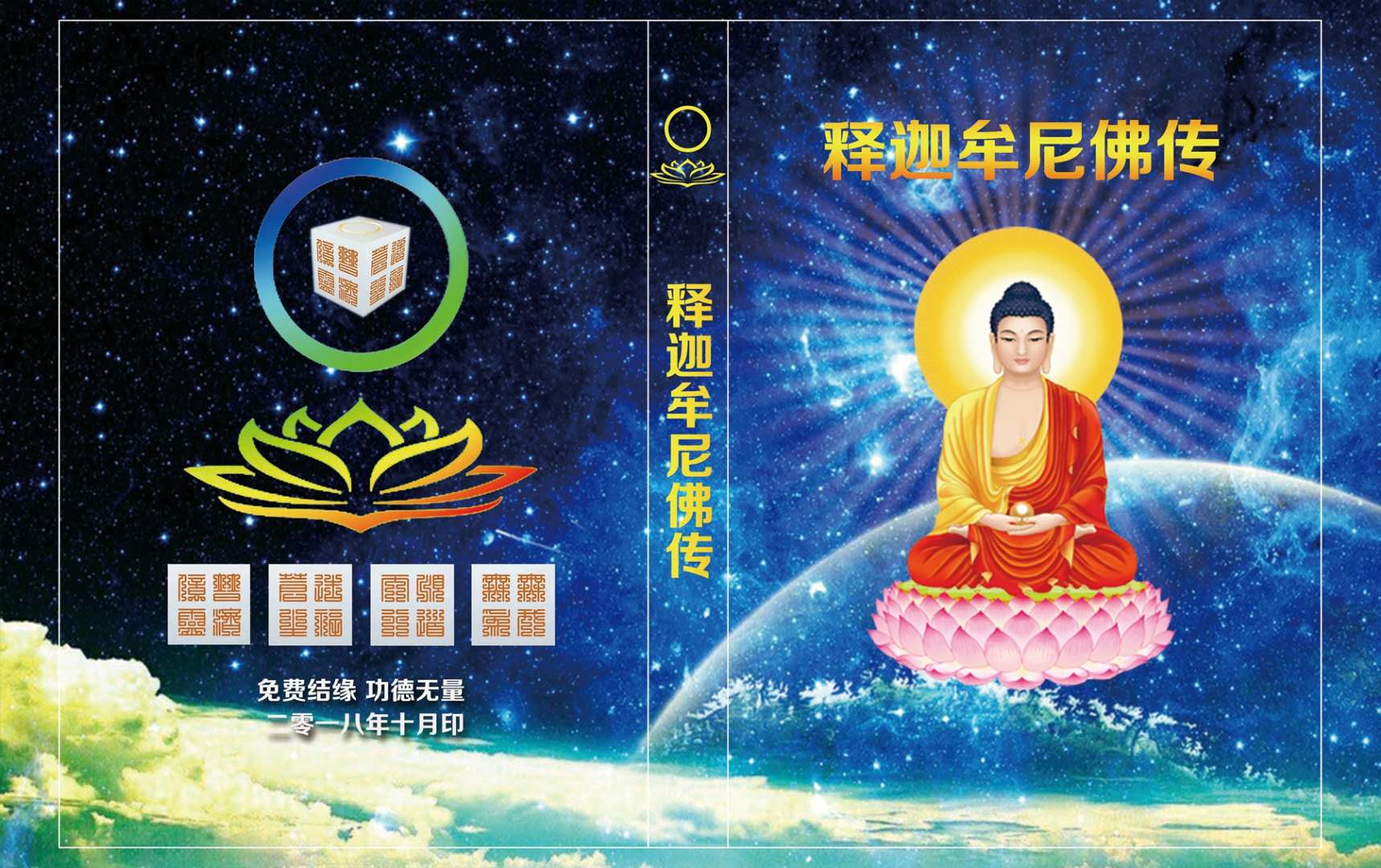 This is what I heard.At one time the Buddha was staying in the Jeta Grove, near the city of Sravasti.With him there was a community of 1,250 venerable monks and devoted disciples.
One day before dawn, the Buddha clothed himself, and along with his disciples took up his alms bowl and entered the city to beg for food door to door, as was his custom.After he had returned and eaten, he put away his bowl and cloak, bathed his feet, and then sat with his legs crossed and body upright upon the seat arranged for him.
He began mindfully fixing his attention in front of himself, while many monks approached the Buddha, and showing great reverence, seated themselves around him.

“All living beings, whether born from eggs, from the womb, from moisture, or spontaneously; whether they have form or do not have form; whether they are aware or unaware, whether they are not aware or not unaware, all living beings will eventually be led by me to the final Nirvana, the final ending of the cycle of birth and death. And when this unfathomable, infinite number of living beings have all been liberated, in truth not even a single being has actually been liberated.”
“Why Subhuti? Because if a disciple still clings to the arbitrary illusions of form or phenomena such as an ego, a personality, a self, a separate person, or a universal self existing eternally, then that person is not an authentic disciple.”

“Subhuti, what do you think? Can the Buddha be recognized by means of his bodily form?”
“No, Most Honored One, the Buddha cannot be recognized by means of his bodily form. Why? Because when the Buddha speaks of bodily form, it is not a real form, but only an illusion.”
The Buddha then spoke to Subhuti: “All that has a form is illusive and unreal. When you see that all forms are illusive and unreal, then you will begin to perceive your true Buddha nature.”

Subhuti respectfully asked the lord Buddha, “Most Honored One! In the future, if a person hears this teaching, even if it is a only a phrase or sentence, is it possible for that person to have a true faith and knowledge of Enlightenment awaken in their mind?”
“Without a doubt, Subhuti. Even 500 years after the Enlightenment of this Buddha there will be some who are virtuous and wise, and while practicing compassion and charity, will believe in the words and phrases of this Sutra and will awaken their minds purely. After they come to hear these teachings, they will be inspired with belief. This is because when some people hear these words, they will have understood intuitively that these words are the truth.”
“But you must also remember, Subhuti, that such persons have long ago planted the seeds of goodness and merit that lead to this realization. They have planted the seeds of good deeds and charity not simply before one Buddhist temple, or two temples, or five, but before hundreds of thousands of Buddhas and temples. So when a person who hears the words and phrases of this Sutra is ready for it to happen, a pure faith and clarity can awaken within their minds.”
“Subhuti, any person who awakens faith upon hearing the words or phrases of this Sutra will accumulate countless blessings and merit.”
“How do I know this? Because this person must have discarded all arbitrary notions of the existence of a personal self, of other people, or of a universal self. Otherwise their minds would still grasp after such relative conceptions. Furthermore, these people must have already discarded all arbitrary notions of the non-existence of a personal self, other people, or a universal self. Otherwise, their minds would still be grasping at such notions. Therefore anyone who seeks total Enlightenment should discard not only all conceptions of their own selfhood, of other selves, or of a universal self, but they should also discard all notions of the non-existence of such concepts.”
“When the Buddha explains these things using such concepts and ideas, people should remember the unreality of all such concepts and ideas. They should recall that in teaching spiritual truths the Buddha always uses these concepts and ideas in the way that a raft is used to cross a river. Once the river has been crossed over, the raft is of no more use, and should be discarded. These arbitrary concepts and ideas about spiritual things need to be explained to us as we seek to attain Enlightenment. However, ultimately these arbitrary conceptions can be discarded. Think Subhuti, isn’t it even more obvious that we should also give up our conceptions of non-existent things?”

Then Buddha asked Subhuti, “What do you think, Subhuti, has the Buddha arrived at the highest, most fulfilled, most awakened and enlightened mind? Does the Buddha teach any teaching?”
Subhuti replied, “As far as I have understood the lord Buddha’s teachings, there is no independently existing object of mind called the highest, most fulfilled, awakened or enlightened mind. Nor is there any independently existing teaching that the Buddha teaches. Why? Because the teachings that the Buddha has realized and spoken of cannot be conceived of as separate, independent things and therefore cannot be described. The truth in them is uncontainable and inexpressible. It neither is, nor is it not. What does this mean? What this means is that Buddhas and disciples are not enlightened by a set method of teachings, but by an internally intuitive process which is spontaneous and is part of their own inner nature.”

“Let me ask you Subhuti? If a person filled over ten thousand galaxies with the seven treasures for the purpose of compassion, charity, and giving alms, would this person not gain great merit and spread much happiness?”
“Yes, Most Honored One. This person would gain great merit and spread much happiness, even though, in truth, this person does not have a separate existence to which merit could accrue. Why? Because this person’s merit is characterized with the quality of not being merit.”
The Buddha continued, “Then suppose another person understood only four lines of this Sutra, but nevertheless took it upon themselves to explain these lines to someone else. This person’s merit would be even greater than the other person’s. Why? Because all Buddhas and all the teachings and values of the highest, most fulfilled, most awakened minds arise from the teachings in this Sutra. And yet, even as I speak, Subhuti, I must take back my words as soon as they are uttered, for there are no Buddhas and there are no teachings.”

Buddha then asked, “What do you think, Subhuti, does one who has entered the stream which flows to Enlightenment, say ‘I have entered the stream’?”
“No, Buddha”, Subhuti replied. “A true disciple entering the stream would not think of themselves as a separate person that could be entering anything. Only that disciple who does not differentiate themselves from others, who has no regard for name, shape, sound, odor, taste, touch or for any quality can truly be called a disciple who has entered the stream.”Buddha continued, “Does a disciple who is subject to only one more rebirth say to himself, ‘I am entitled to the honors and rewards of a Once-to-be-reborn.’?”
“No, Lord. ‘Once-to-be-reborn’ is only a name. There is no passing away, or coming into, existence. Only one who realizes this can really be called a disciple.”
“Subhuti, does a venerable One who will never more be reborn as a mortal say to himself, ‘I am entitled to the honor and rewards of a Non-returner.’?”
“No, Perfectly Enlightened One. A ‘Non-returner’ is merely a name. There is actually no one returning and no one not-returning.”
“Tell me, Subhuti. Does a Buddha say to himself, ‘I have obtained Perfect Enlightenment.’?”
“No, lord. There is no such thing as Perfect Enlightenment to obtain. If a Perfectly Enlightened Buddha were to say to himself, ‘I am enlightened’ he would be admitting there is an individual person, a separate self and personality, and would therefore not be a Perfectly Enlightened Buddha.
“Subhuti then said, “Most Honored One! You have said that I, Subhuti, excel amongst thy disciples in knowing the bliss of Enlightenment, in being perfectly content in seclusion, and in being free from all passions. Yet I do not say to myself that I am so, for if I ever thought of myself as such then it would not be true that I escaped ego delusion. I know that in truth there is no Subhuti and therefore Subhuti abides nowhere, that he neither knows nor does he not know bliss, and that he is neither free from nor enslaved by his passions.”

The Buddha then continued, “What do you think, Subhuti? When I was in a previous life, with Dipankara Buddha, did I receive any definite teaching or attain any degree of self-control, whereby I later became a Buddha?”
“No, honorable one. When you were a disciple of Dipankara Buddha, in truth, you received no definite teaching, nor did you attain any definite degree of self-control.”
“Subhuti, know also that if any Buddha would say, ‘I will create a paradise,’ he would speak falsely. Why? Because a paradise cannot be created nor can it not be uncreated.”
“A disciple should develop a mind which is in no way dependent upon sights, sounds, smells, tastes, sensory sensations or any mental conceptions. A disciple should develop a mind which does not rely on anything.”
“Therefore, Subhuti, the minds of all disciples should be purified of all thoughts that relate to seeing, hearing, tasting, smelling, touching, and discriminating. They should use their minds spontaneously and naturally, without being constrained by preconceived notions arising from the senses.”
“Suppose, Subhuti, a man had an enormous body. Would the sense of personal existence he had also be enormous?””Yes, indeed, Buddha,” Subhuti answered. “His sense of personal existence would be enormous. But the Buddha has taught that personal existence is just a name, for it is in fact neither existence nor non-existence. So it only has the name ‘personal existence’.”